“All You Fascists”
(Words by Woody Guthrie, Music by Billy Bragg)

Race hatred cannot stop us
This one thing we know
Your poll tax and Jim Crow
And greed has got to go
You’re bound to lose
You fascists bound to lose.

People of every color
Marching side to side
Marching ‘cross these fields
Where a million fascists dies
You’re bound to lose
You fascists bound to lose!

“We reject the false doctrine that the Church could have permission to hand over the form of its message and of its order to whatever it itself might wish or to the vicissitudes of the prevailing ideological and political convictions of the day.”

Robert Jeffress, Senior Pastor of First Baptist Church of Dallas is an unabashed Trump enthusiast. Jeffress preached to Trump on Inauguration Day from the Old Testament example of Nehemiah, the humble servant who leads the effort to rebuild the walls of Jerusalem, endorsing Trump’s border wall since “God is not against building walls” and feeding his already inflated hubris by urging him to ignore his critics, stating “we have never had a president with as many natural gifts as you.”   From what’s been seen so far, not only is this patently untrue considering the long line of predecessors but Trump does not need to have his grandiosity encouraged! Besides distorting and misapplying the Word of God that he is supposedly commissioned to steward faithfully, preacher Jeffress resorts to fawning over a man who is undeserving of praise, whether it’s his crudeness, especially towards women, his failing financial track record, fueling conspiracies and false allegations about birth certificates, eavesdropping and secret recordings, repeated blame shifting and demagoguery and demonization of the media and those who disagree or confront him about his distortions of reality.

On the 4th of July, at the “Celebrate Freedom Rally,” in that good old, Baptist patriotic amalgam of civil religion & American greatness, with a mega-flag along with his mega-Baptist choir, Jeffress called Trump “one of the great patriots of our modern era and a president who cherishes the sacrifice and service of those in our armed forces.” I suppose he was referring to Trump’s 5 deferments from serving in the Vietnam war or his petty tirades with the Gold Star Khan family or belittling of Sen. John McCain. Trump is not the only one who seems to have difficulty with distorting reality. It beggars the imagination how the good pastor could even consider Trump a great patriot. As for the song “Make America Great Again,” I’ll take “In Christ There is No East or West” any day.

It’s hard to take this silliness seriously. Sadly, Jeffress is sickeningly sincere. What’s missing from Jeffress’s messages, is Jesus’ gospel of the kingdom. The true gospel is greater than any one political party, political leader or country. It is for all people and all nations, none of which may claim special status. It is not limited to 4 years or 8 but eternal. Jeffress has joined the line of spiritual leaders who sell their birthright for a mega-mess of porridge, who join the ranks of court prophets, sycophants who abandon the truth and fidelity to God to rub shoulders with the mighty (1 Kings 22).

It would be great if this could be dismissed as a Southern Baptist aberration but the adulteration of anemic churchianity with politics, right, left or “alt,” subtly undermines and distorts the real work of the church.  The true Christian faith is misrepresented. Since the baptism of Jesus, the gospel of his kingdom has thrived in or despite a variety of political environments. It does not need the repeal of the Johnson amendment to succeed.  It does not rely on flag waving or coddling demagogues. It does require faithful men and women of integrity and boldness to refuse to worship a golden ego (Daniel 3) or a tempting political offer on a mountain peak (Matthew 4:8) when they see one.

“…whenever any Form of Government becomes destructive of these ends, it is the Right of the People to alter or to abolish it, and to institute new Government…But when a long train of abuses and usurpations, pursuing invariably the same Object evinces a design to reduce them under absolute Despotism, it is their right, it is their duty, to throw off such Government, and to provide new Guards for their future security…” 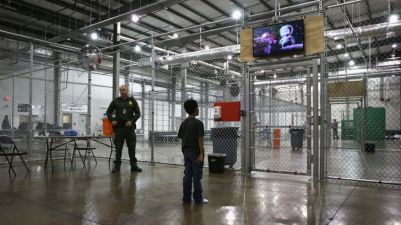 On this 4th of July, as we remember and celebrate the freedoms declared in the “Declaration of Independence,” remember the numerous children (average age between 6-9) confined in conditions most Americans would not tolerate for their own children, such as four of the 35 children currently detained at Berks County Residential Center in Pennsylvania – aged three, four, seven and 16 – who have been at the Center for over 500 days. The imprisonment of children, started under the Obama administration, continues with Trump which means big business for over 250 jails and private prisons (such as GEO & CCA) at a cost of over $2 billion a year.

So the MAGA hatted, right wing agitators and provocateurs are in hysterics over a play with an assassination scene with a lead character resembling Dear Leader. They must have missed the day in school when Shakespeare was covered. Yes, dear followers its Shakespeare, a 16th century English playwright who like to have famous figures killed off in course of the drama. A few examples:

Richard the Second? Tortured and Executed

The orange haired bouffant buffoon currently ruining the country from the Oval Office joins the illustrious ranks of other famous politicians and blowhards who have been added to the cast of Shakespeare productions in the past such as Obama, Hillary, and Mussolini.

Will there be an executive order from El Trumpe banning English playwrights as unpatriotic and subversive?

Will the Department of Homeland Security crackdown on bootleg copies of SparkNotes?

I would recommend remedial courses in English literature for summer reading.

Sounds like there was a ground swell refusal to allow denominational bureaucrats to stall and remain silent:

RESOLVED, That the messengers to the Southern Baptist Convention, meeting in Phoenix, Arizona, June 13–14, 2017, decry every form of racism, including alt-right white supremacy, as antithetical to the Gospel of Jesus Christ; and be it further

RESOLVED, That we denounce and repudiate white supremacy and every form of racial and ethnic hatred as of the devil; and be it further

RESOLVED, That we acknowledge that we still must make progress in rooting out any remaining forms of intentional or unintentional racism in our midst; and be it further

RESOLVED, That we earnestly pray, both for those who advocate racist ideologies and those who are thereby deceived, that they may see their error through the light of the Gospel, repent of these hatreds, and come to know the peace and love of Christ through redeemed fellowship in the Kingdom of God, which is established from every nation, tribe, people, and language.

Why take pride in being wicked, you champion in villainy, all day long plotting crime?

Your tongue is razor-sharp, you artist in perfidy.

You prefer evil to good, lying to uprightness.

That is why God will crush you, destroy you once and for all,

snatch you from your tent, uproot you from the land of the living.

The upright will be awestruck as they see it, they will mock him,

So much for someone who would not place his reliance in God,

relied on his own great wealth, and made himself strong by crime. 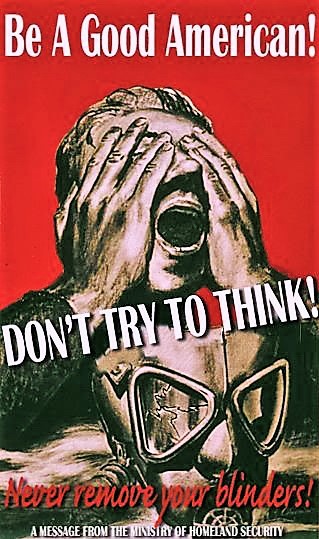 Free speech, exercised both individually and through a free press, is a necessity in any country where the people are themselves free. Our Government is the servant of the people, whereas in Germany it is the master of the people. This is because the American people are free and the German are not free. The President is merely the most important among a large number of public servants. He should be supported or opposed exactly to the degree which is warranted by his good conduct or bad conduct, his efficiency or inefficiency in rendering loyal, able, and disinterested service to the Nation as a whole.

Therefore it is absolutely necessary that there should be full liberty to tell the truth about his acts, and this means that it is exactly necessary to blame him when he does wrong as to praise him when he does right. Any other attitude in an American citizen is both base and servile. To announce that there must be no criticism of the President, or that we are to stand by the President, right or wrong, is not only unpatriotic and servile, but is morally treasonable to the American public. Nothing but the truth should be spoken about him or any one else. But it is even more important to tell the truth, pleasant or unpleasant, about him than about any one else. 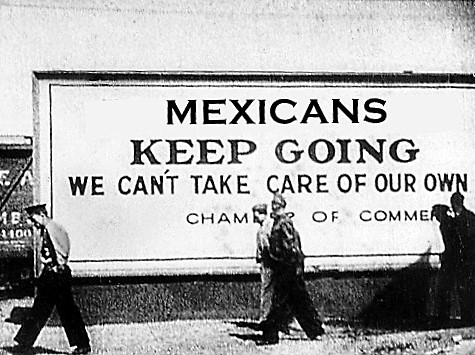 According to CoreCivic, (formerly Corrections Corporation of America), CEO Damon Hininger, Obergropenfurher Drumpf’s (i.e El Trumpe) inspired round up is good for business, at least private prison business. In an earnings call, Hininger discussed the potential impact on the detention business if U.S. Immigration and Customs Enforcement activity increases. “When coupled with the above average rate of crossings along the Southwest border, these executive orders appear likely to significantly increase the need for safe, humane and appropriate detention bed capacity,” and that “more detention capacity could be needed after two Trump executive orders last month” Hininger said according to of the A.P.  Acting Immigration and Customs Enforcement Director Thomas Homan said recently that the government is looking for more jail beds.

Previously, “The Tennessean” reported (11/9/16) that Trump’s election would be a rally for CoreCivic.  According to the article, presidential candidate Hillary Clinton had said that she would end federal contracts with private prisons and immigration detention centers. In the first presidential debate, she commended the Justice Department for phasing them out and said states should end their use as well. “You shouldn’t have a profit motivation to fill prison cells with young Americans,” she said during the debate.

In its rebuke of private prison operators, the Justice Department had said these companies do not offer significant cost savings and fail to provide the same level of resources and safety as federally run facilities. A report from the Office of the Inspector General found that privately run prisons had more safety and security incidents per capita than those run by the Bureau of Prisons. CoreCivic prisons had the highest rates of fights and inmate-on-inmate assaults.

Links to read more below. (Bauer’s article is excellent):

4 Months in a Private Prison – Bauer