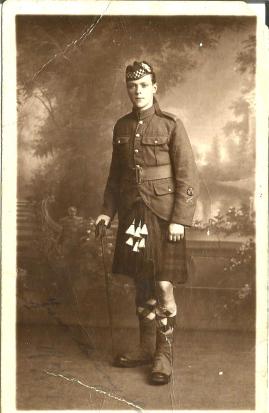 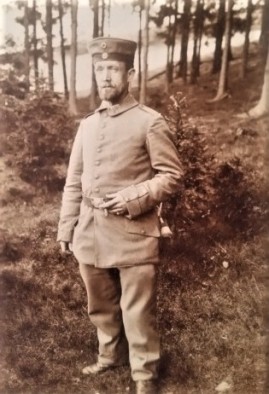 My maternal grandfather, R.M. Mitchell  (left) served in the British military. As far as family records indicate he signed-up in 1916. He may have been at the Battle of Cambrai 11/30/17. He later was in the Royal Navy and was aboard the “HMS Adventure” after the war and may have been in the harbor of Smyrna in 1919 when the Greeks occupied the city as the Ottoman Empire broke apart.

Though details are few, it seems my great-great-grand father in law, Philip Jochman, served in WWI – for the Germans of course. I don’t know much about him except for a photograph.

WWI was a colossal destruction of human life that led to another more destructive and horrendous conflagration. Today, we remember Armistice Day as well as our veterans, past and present, especially those who have served (and continue to serve) in the U.S.’s longest war  in Afghanistan. Having worked with veterans from Iraq and Afghanistan who are trying to rebuild their lives, recovering from physical injuries or the wounds one can’t see like PTSD, support and care is still needed beyond the bromides and promises from Washington and the fake patriotism of MAGA propaganda.