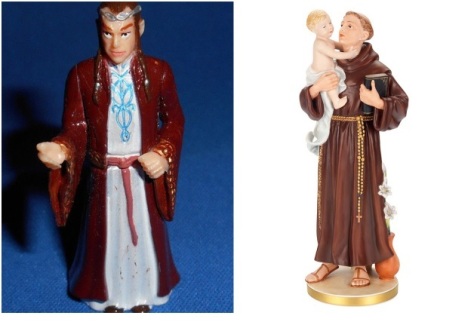 A great-grandmother in Brazil has been accidentally praying every day for years to a figure of Elrond, an elf from “The Lord of the Rings” after mistaking it for a figurine of Saint Anthony of Padua. Her relative made the discovery after taking a look at the figurine, and realizing something wasn’t quite right. Following a hunch, they searched online for the figure – and found one exactly identical to the great-grandmother’s. However, there was only one problem – the figure wasn’t listed under ‘Saint Anthony’, it was in fact listed under “Elrond.”