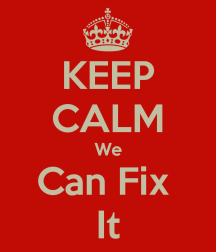 The New York Daily News boldly proclaimed in regards to our current fears of terror and gun killings that “God isn’t fixing this.” It’s unclear as to what the Daily News expects of the deity, considering that most of the time in New York and elsewhere the invocation of divine persons is typically followed by “damn.”

Politicians want us to feel safe. Our society thinks it will be safe if there are more laws & more government surveillance and intrusion. Some even think the Bill of Rights is an obstacle to safety. The current Attorney General seems more concerned about curtailing free speech than prosecuting terrorists. The current regime seems ready to impose its will on any who disagree with its definitions of truth, morality or justice with the full power and sanction of the state. However, our society rejects the source of true law, the divine word, and delights in violating the divine order which brings life. It refuses the divine governance which brings peace – the kingdom of God.

Despite the official reassurances of its spokesman that all is well, that we are safe, these efforts apart from alignment with God’s design are doomed to fail. The stink of panic is in the air. It’s “last call” for this cultural Titanic. It’s been weighed in the balance of divine judgement and found wanting.

I agree – God isn’t fixing this – our way. What God has done through his son Jesus Christ is to “reconcile to himself all things, whether things on earth or things in heaven, by making peace through his blood, shed on the cross” (Col. 1:20). It is not that God is unable or unwilling to fix things. To the extent that society and even the church continues to reject the gospel the situation will not remain the same but will get worse.  There is only one source of peace. It is not found in any of the current proposals offered to fix things. It is through the child born for us, the son given, who is the Prince of Peace. “Of the greatness of his government and peace there will be no end” (Isaiah 9:6-7).