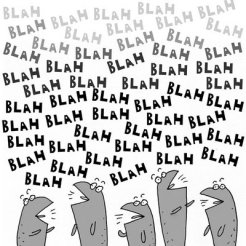 The President’s comments on 3 Moslems killed in N. Carolina:
“No one in the United States of America should ever be targeted because of who they are, what they look like, or how they worship,”
The President’s view on the Islamic killers that killed 4 Jews in Paris were terrorists who “randomly shoot a bunch of folks in a deli in Paris.”

On Nov. 5, 2009, Major Nidal Hasan shot and killed 12 soldiers and one civilian while wounding or shooting at 30 other soldiers and two police officers at Ft. Hood. Hasan said the shooting was justified because the soldiers he killed were “going against the Islamic Empire.” Administration spokesman called it “workplace violence” and insisted on repeating the fictitious claim that “Islam is a religion of peace.” Eventually the US Army declared it an act of terror

And now there’s news of an attack on a synagogue in Copenhagen…
I suppose another “random attack.”
I guess some hate crimes are more equal than others….